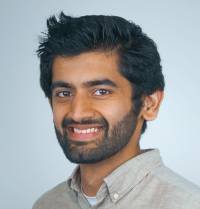 Analysis by Sutton Liberal Democrats has revealed that, in the three months to Christmas, Southern Rail cancelled or delayed the Wallington to Victoria journey a staggering 1,101 times.

The revelation comes as rail fares across England and Wales are hiked by an average of 3.1% from this month, which Sutton Liberal Democrats have called “unjustifiable”.

The government’s Office of Rail & Road (ORR) has a definition of train punctuality which says: “A train is defined as on time if it arrives within five minutes (i.e. four minutes 59 seconds or less) of the planned destination arrival time for London and South East and regional operators.”

In the three-month period from 24th September 2018 to 22nd December 2018, the Wallington into Victoria train journey was cancelled 205 times and delayed by at least five minutes 896 times.

Sutton Liberal Democrats have condemned the rail fare hike in light of these figures.

“It is truly astonishing that the Wallington to Victoria train was cancelled or delayed 1,101 times in just three months. That’s 1,101 times that Wallington residents faced misery at the hands of Southern Rail. Liberal Democrats have long demanded that Conservative ministers sack Southern Rail, but instead, out-of-touch Conservatives have responded by hitting Wallington residents with a hike in rail fares. That is completely unjustifiable.”