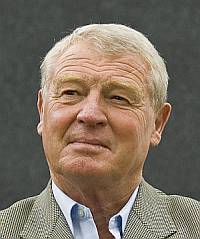 Tom Brake on Paddy Ashdown ... "a combination of people skills, strategic vision, organisational talent and an ability to inspire people."

Paddy Ashdown, leader of the Liberal Democrats from 1988 to 1999 was not your typical politician. He saw active service as a commando, followed by a spell of unemployment, then time as a youth worker.

No doubt all of these experiences helped prepare him for the leadership of the Liberal Democrats. This required a combination of people skills, strategic vision, organisational talent and an ability to inspire people.

He had all of these.

Under his stewardship between 1988, when he was elected as our leader and the Lib Dems were running at 3% in the polls, and 1997 when 46 Lib Dem MPs were elected, the party went from strength to strength. We became a real force again in British politics, after an absence of 70 years!

After his resignation as our party leader in 1999, he subsequently embarked on a critical diplomatic mission to stabilise Bosnia Herzegovina. This helped consolidate his position as one of the most respected experts on foreign affairs and military matters.

He remained heavily involved in British politics until his recent illness.

The party has lost one of its most outstanding leaders of the last century, and the country a man who could provide invaluable advice at a time in our history when wise council was never in greater demand.

Our thoughts are with Jane and his family.