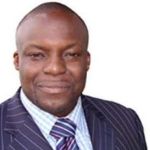 Michael is eighth on the London Assembly list. He spent 10 years in Business up to the financial crisis before returning to University as a mature student to study for a qualification in Children's Nursing, benefiting from an NHS Bursary which is no longer available under a Majority Tory Government.

He served as a local ward councillor in South Bermondsey ward and was the Opposition Spokesperson for Housing Management and Community Safety (2010 -2014). He stood as a Parliamentary Candidate for Lewisham Deptford in the 2015 General Election and stood in Camberwell and Peckham in 2017.

Find out more about Michael's campaigning on his Facebook page.