Cllr Andrew Lomas has quit as deputy Leader of the Labour group on Kensington & Chelsea Council, and will now sit for Colville ward as a Liberal Democrat.

Following the three major party conferences, Cllr Lomas said: “Faced with a Conservative Brexit Government retreating to base nationalist rhetoric, I am not prepared to be complicit in the Labour party’s silence. I’ve left a party only interested in talking to itself, and joined the Liberal Democrats. 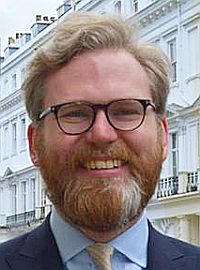 “I’ve been thinking hard about this for some time. After watching what was said at their conferences, it’s clear to me that leaving the EU without crashing the economy is going to be an astonishing difficult task that neither the Conservatives nor the Labour Party seem to be willing or able to face up to.

“I want to be a member of a party that stands against the noxious language unleashed at the Tory conference about foreigners, and the implied threat to fight a culture war against those who want a Britain that is open, tolerant, and engaged with the world.”

Welcoming him to the Liberal Democrats, chair of the London Region, Chris Maines said:

“Andrew's decision to become a Liberal Democrat councillor will help us to hold the Conservative Kensington & Chelsea administration to account. Many other former Labour members and supporters across London have joined the Liberal Democrats over the past few weeks, and they will help us provide the real opposition to the Brexit Tories, who do not reflect the majority”.