Caroline Pidgeon has strongly criticised the Government for  "playing childish political games with London” as it emerges they have "treated TfL completely differently to the privately owned train operating companies". 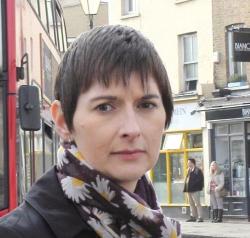 Commenting on the news of a new funding deal between the Government and TfL, Caroline said

“I am relieved that the foolish and damaging proposals to strip away free transport for under 18 year olds have finally been dropped.

“It is also good news that some of the speculative stories in recent weeks about taking away free travel for over 60s have not materialised.

“However, let us be clear we still do not know how cuts of £160 million will be made by TfL. There are still more important details that need to be released relating to this funding agreement.

“Most importantly this deal only runs for five months and runs out just at the start of the pre-election period to the Mayor and London Assembly elections. There is no long term certainty. The Government has treated TfL completely differently to the privately owned train operating companies which were offered an 18 month deal with hardly any conditions imposed.

“It is absolutely clear that this Government is still playing childish political games with London.”