Caroline Pidgeon, Liberal Democrat London Mayoral candidate, met with campaigners from Thames Central Open Spaces and local residents in support of their opposition against the proposed Garden Bridge last Saturday on the south bank of the Thames where one side of the bridge will land. 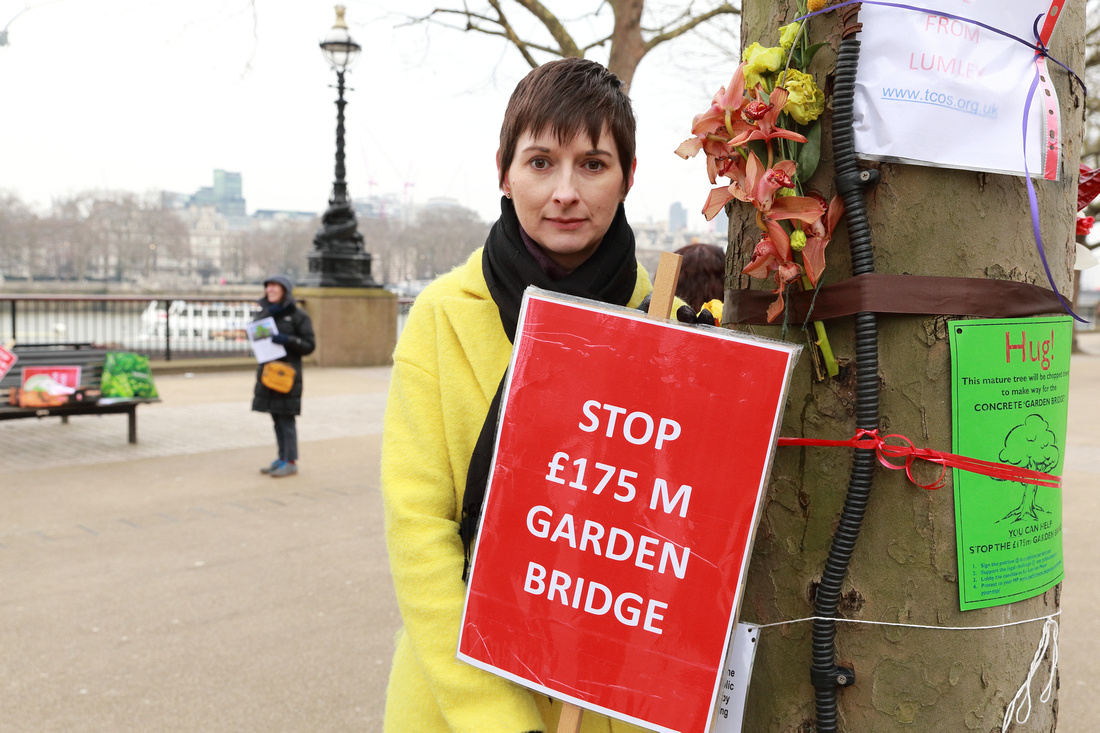 "It's great to see so many people putting up such a fight to expose this extravagant waste of taxpayers' money. The procurement process behind this vanity project is as murky as the river that flows underneath it.  The bridge serves no practical purpose in its proposed location. It would be far better to spend TfL's money on more cycling and pedestrian crossings further down river like a crossing between Rotherhithe and Canary Wharf.

“Groups like Thames Central Open Spaces have done a great job in leading opposition to the Garden Bridge. This bridge will destroy a fantastic view, see trees cut down and eat into the already popular and crowded public space on the South Bank.  It isn't wanted, or needed, and would leave both banks of the Thames without their current green spaces.

"It's amazing that both my opponents in the London Mayoral race are committed to this project going ahead. It's not surprising that Zac Goldsmith is looking to continue Boris' legacy of wasting taxpayers' money on vanity projects, but I'm especially disappointed by Labour’s Sadiq Khan constant flip-flopping on the issue.  I am happy to pledge my total opposition to the whole idea and promise that it will be cancelled immediately I take office.”