Luisa Porritt and Geeta Sidhu-Robb will be the two candidates contesting the nomination to be the Liberal Democrat Candidate for Mayor of London, the Party has confirmed. 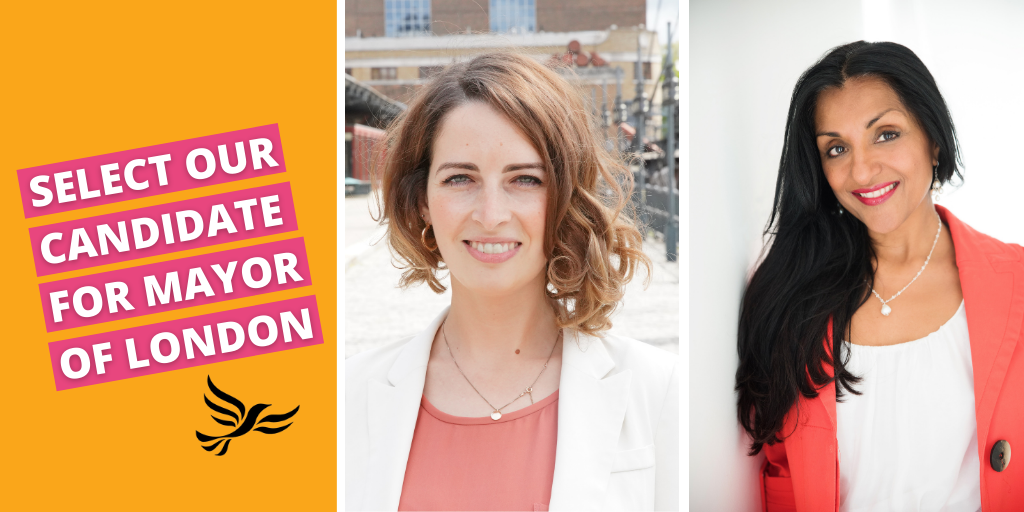 As of 9am today (Thursday 10th September), the shortlisted candidates will be campaigning for members’ votes in a month-long contest.

Geeta Sidhu-Robb is CEO and founder of health and wellbeing company Nosh Detox, and former Vice-Chair of the People’s Vote Campaign.

The winner will be announced on Tuesday 13th October.

“We are excited to start this contest to select our candidate for the London Mayoral Election in 2021. The Liberal Democrats are determined to offer Londoners hope for the future and, with two fantastic candidates, whoever wins will be ready to champion our vision.”

"Sadiq Khan has let down Londoners who needed him to help them get on the housing ladder, detoxify our polluted air and make our young people feel safe. Londoners won't waste votes on a Tory candidate fighting threats to oust him. As Mayoral candidate, I will bring my experience and energy to drive the Liberal Democrat campaign for a greener, safer and fairer London."

“With so many people struggling to make ends meet during the COVID19 pandemic, Liberal Democrat values are needed now more than ever. I’m ready to champion those core values of fighting poverty, standing up to discrimination and empowering local communities to build a fairer society.”

You can find out more about the candidates here.