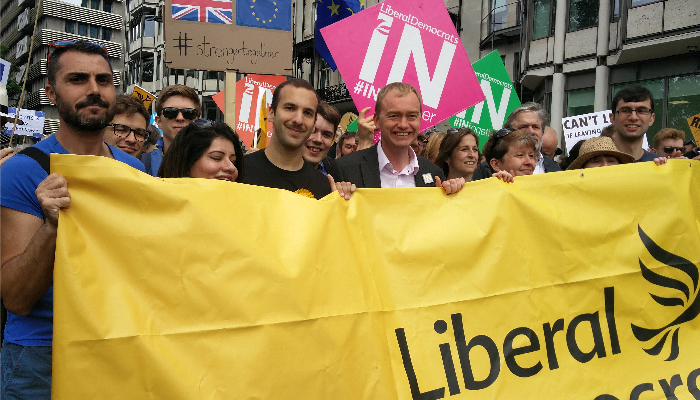 Liberal Democrat membership in London has nearly doubled since the EU referendum. We now have the most London members that we have ever had this century.

The biggest increase in membership, by over 400 members, has been in the Richmond Park, the constituency where Sarah Olney won the by-election last December.

Previous Liberal Democrat constituencies, Twickenham, Kingston and Surbiton, Hornsey and Wood Green, and Bermondsey and Old Southwark have also all seen membership increases of over 200 members each since last June.

And there have been similar increases in constituencies like Hampstead and Kilburn, Holborn and St. Pancras, Dulwich, West Nowood and Vauxhall, Islington South and Finsbury, and Jeremy Corbyn's Islington North.

Tom Brake, MP for London constituency Carshalton and Wallington, said: "We are the rallying point for all who oppose a damaging hard Brexit."